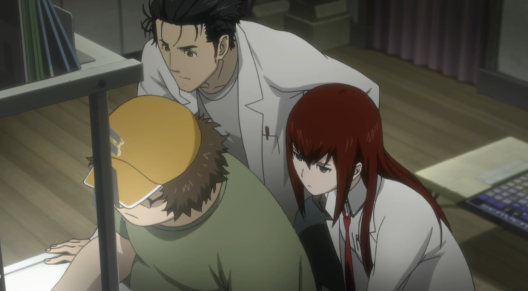 To preface this, after rewatching the entirety of Steins;Gate in one day, I feel like my aptitude for dropping famous intellectual quotes on the first line will cover up the drivel that’ll surely follow.

Judging from the medium as a whole, shipping is a popular activity that many of you enjoy. Though I find myself rarely shipping nowadays, there has been a ship I’ve held that continues to sail three years after setting off. Kurisu x Okabe shouldn’t be a surprising pick for anyone who’s watched the show. I’ve even mentioned it earlier in a prompt that had me crushing on Kurisu, herself. I’m not alone when I say the “Kurabe” ship is adorable, yet after my rewatch I realized it’s much more than just the amusing banter. It’s the dynamic they both introduce to the show.

Reliability, in the face of dispair.

Does jumping to a different timeline make previous timelines meaningless? Is a special moment that never happened in this time still real? It’s a difficult question that is presented to us early in the show, and similar to my watch of Re:Zero, left me agonizing over every special moment. But Steins;Gate takes that very element and uses it as a foundation for our ship.The tension and uncertainty whenever Okabe makes a jump-followed by a realization: that despite how much the timeline changes, Kurisu stays the same. Always. The one constant in a sea of variables. She grew on me because despite tragedy after tragedy, she ends up being the one person Okabe can rely on.

They’ll continue to get on each other’s nerves; it’s an inevitable fact at this point. Okabe will continue to give her disparaging nicknames. Kurisu will continue to verbally abuse him. But in the end, they both care deeply for the other. The fact that she’s able to interpret Okabe’s eccentric personality from sincerity is proof enough. And in spite of that personality, he can still keep her engaged in intellectual conversation while challenging her theories. It’s that intellectual curiosity that keeps them bound together, regardless of time. 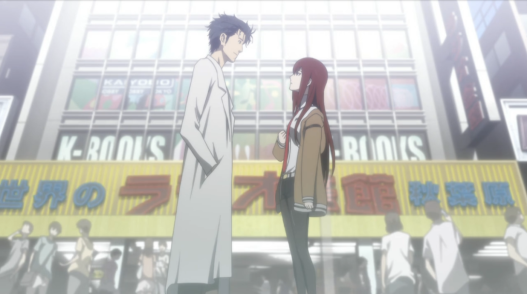 Kurisu ends up becoming Okabe’s driving force throughout the show. She was at the start of it after all, so if this ship holds anything, it’s my wishes for a happy finale. Steins;Gate was a beautiful show that left me in awe. But it was this pairing that left me in tears.

This came out more like a ramble than I anticipated but it’s out! What are some pairings you ship and why? I personally think looking at a pairing and asking myself “Why does it work?” seems like a fun exercise. Huh, maybe I should ship more.