The heart of a slice of life. 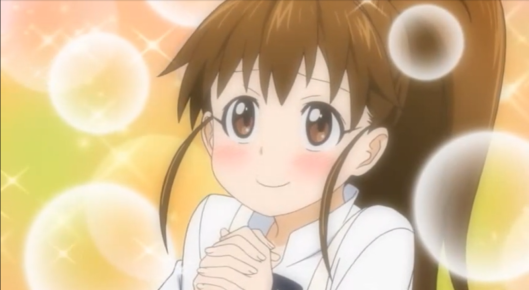 “What anime has your heart?”

When it comes to character dynamics, few can beat the sheer diversity that comes with a slice of life. Being one of my first slice of life series, it filled a gap I never realized needed filling. No, it wasn’t the need for more moe (though the show has it in spades). Wagnaria lets us watch a lovable cast of characters working together in a restaurant.

So in essence, a slice of life. 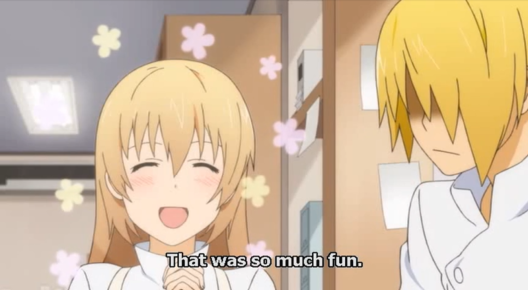 We’re introduced to almost the entire cast just ten minutes of the show.

We have the stoic cook, the hardworking clutz, the airhead; every character fills an obvious trope in the cast. Wagnaria takes this formula, and instead of changing it up, lets it go wild. We’re introduced to a conflict: Inami and her androphobia, and then watch as this conflict drives the casts other shenanigans. The tropes these characters fill are nothing special. I’ve seen countless shows that do “cute girls-cute things” perfectly. But the results and interactions among each and every character are always different, exciting, and in some ways emotional.

These character may fit these all too familiar tropes, but the way they interact with one another is where Wagnaria shines.

I enjoyed my time at Wagnaria. Filled with cute (if strange) waiters and an MC that’s just as weird as the rest of them, the show was filled with good feels, and running gags that made me laugh. It was a ride I’ll never forget, and a journey I never wanted to end. What makes a great slice of life isn’t just the comedy and good vibes. It’s one that makes you wonder what’s after? How are our favorite characters doing? Where will they be a year from now? Ten years from now?

Whatever it is, we won’t be there to see it unfortunately.