A prrrayer for your soul. 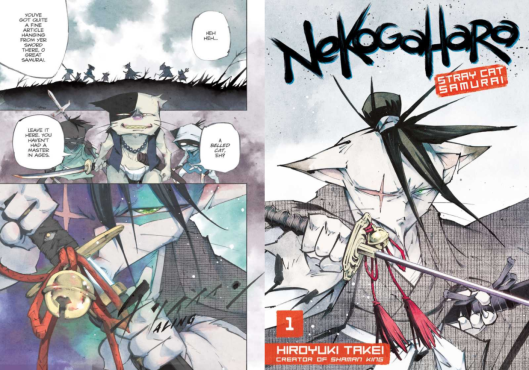 “Name a manga you want turned into an anime.”

As an anime blogger, it almost shames me to say this. I can’t stand manga. It’s not that I hate them, I’ve just avoided them in favor of light novels. So it came as a surprise when I actually picked one up while perusing the shelves of my local Barnes and Nobles; though I’ll be real. It’d be stranger if I didn’t pick up the one book that has a feline wielding a katana on the cover.

Not the same cat I’m talking about, but equally entertaining. 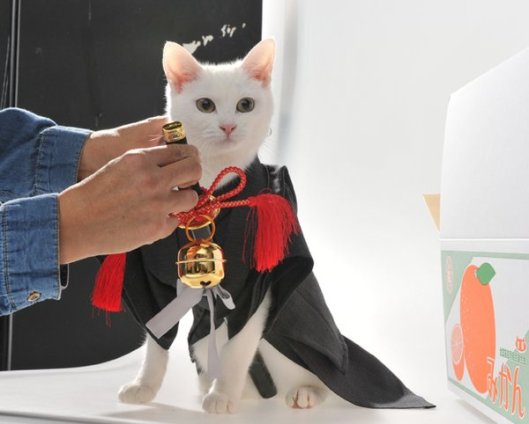 I’ve got mixed feelings for manga. The black and white drawings hurt my eyes, and in some weird paradox leaves both too little and too much to the imagination. As an avid reader, when I’m running through a manga, there just isn’t enough details to keep me fully immersed in the world. Why read a manga when I could read a light novel? Or watch the show? The same thing kinda applies to western comics as well, though there are some graphic novels I absolutely love.

Reading Nekogahara: Stray Cats didn’t change that opinion. But it made for the perfect prompt answer among my tiny list of manga. A samurai wanders around after the death of his lord, searching for a purpose. It’s a well-worn formula with a twist.

Our samurai is a cat.

The manga is packed with the usual tropes you’ll find in its genre: a grim, stoic samurai with a heart of gold, rich evil lords, tense sword fights, and an unlikely companion. Despite the cliches, I enjoyed watching our badass feline cut through bandits, following the action panel by panel. Samurai duels are awesome after all. Just imagining the action animated and colored throws me back to my time with Rurouni Kenshin. Or maybe I just want more Rurouni Kenshin.

Whatever. Just give me more samurais!