But admit it, who DOESN’T roleplay when they’re alone? 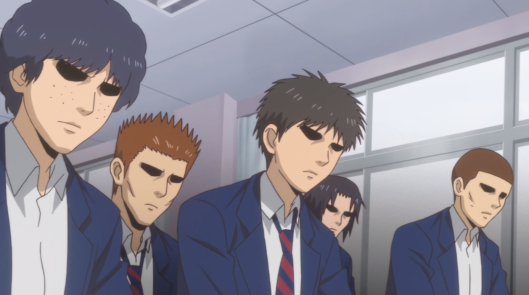 Comedy in anime has been a big hit-or-miss for me. From the exaggerated, slapstick humor of Pop Team Epic, to the more plot-driven slice-of-lifes like D-Frag , I soon realized the list of shows that have genuinely made me laugh could be counted on one hand. I desperately spent a month jumping from one show to another at my friend’s recommendation before stumbling back onto a show I haven’t rewatched since I was in high school: Daily Lives of Highschool Boys.

The nostalgia and curiosity to see if the humor has aged was all but forgotten as I laughed along to adolescent shenanigans, and the all-too relatable situations our characters got themselves into. Maybe I was caught up in all the fun our cast was having: the awkward encounters with store clerks, telling ghost stories with terribly mundane (but relatable) endings that threw me back to our lunchroom discussions, or a stick lying on the road becoming a demon-slaying sword when wielded by a group of boys, throwing me back to my own group when we beat each other bloody with sticks and stones.

The comedy wasn’t just funny, it was relatable: and that’s what made it really funny.

Comedy warps expectation, and between the fun moments where I went “Yup, that’s me and my friends,” came moments that were surprisingly wholesome. One moment, our immature cast of boys is covering each other over who stole Tadakuni’s sister’s panties, and the next they’re making sure his little sister is safe during an outing. And in a show revolving around high school boys, the girls are pictured as almost bipolar (and often violent) enigmas: a mystery to the boys that they can’t understand. That relationship is comically portrayed, and the girls even get their own post-show where we get to see what shenanigans they’re up to.

So what does laughing along to a show about highschool boys doing highschool things say about me? I’m not too sure myself. But I’m not afraid to say that I enjoyed this show wholeheartedly, and it had me laughing mini-episode after mini-episode. I saw a piece of myself in every cast member, from the clueless straight-man Tadakuni, to the improvisational genius of Yoshitake and Hidenori. Daily Lives of High School Boys takes the grounded and mundane and gives it a nice dose of anime comedy without ever forgetting what who it is. Because at the end of the day, I wasn’t laughing at how ridiculous the show was, but how it toed the line between exaggeration and truth. That and paired up with a lovably catchy ED makes this one of my all-time favorites for comedy anime. 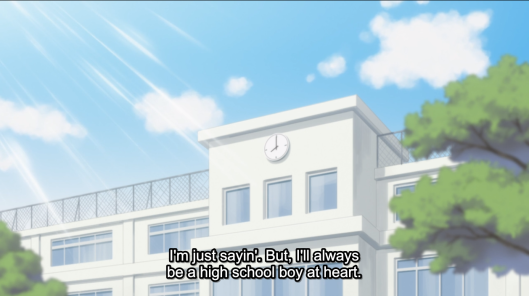